Dimmers – how to avoid flickering or buzzing 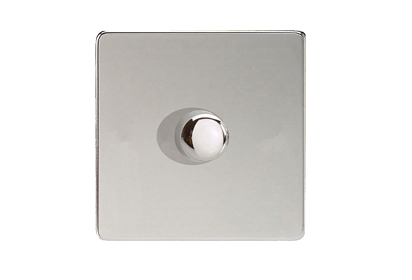 Dimmers allow you to achieve the exact light level that you desire in a room and consequently alter the mood to whatever you choose.

There are various types of dimming options available, but the most popular are ‘phase control’ (or phase-cut) dimmers which by ‘chopping out’ parts of the voltage and so reduce power to the light bulb or lamp.

There are two types of phase control dimmer available, ‘trailing-edge’ and ‘leading-edge’, and they work in different ways which ultimately affects their compatibility with certain lightbulbs:

Leading-edge dimmer switches are cheaper and simpler than trailing-edge, and were used originally to dim incandescent and halogen bulbs or wirewound magnetic transformers.

Many existing leading-edge dimmer switches have a relatively high minimum load, which often rules out their use with modest LED lighting circuits. However, leading-edge dimmers are by far the most common dimming control in existence.

Trailing-edge dimmers are more sophisticated than leading-edge dimmers, and usually provide a much smoother dimming control, absent of any buzzing noise, and are ideal for use in most homes.

A trailing-edge dimmer has a lower minimum load (often 10W or below) than leading-edge dimmers, making it a better choice for dimming modestly sized low-powered lighting circuits.

Particularly beneficial for incandescent and halogen bulbs is the ‘soft start’ feature in trailing-edge dimmers, which prevents filament bulbs from dying or exploding of thermal shock when first switched on.

Unlike incandescent bulbs, which are all dimmable by default, LED bulbs have a built-in driver in their base. The driver converts AC power to DC power and maintains a constant current to the LED. This is at odds with a phase control dimming system, since the driver attempts to compensate for the sliced-out portions of input voltage.

LED fixtures such as downlights usually include the LED driver, either of a ‘constant current’ or ‘constant voltage’ type, depending on the LED array design. In either case, the same issue arises: the LED driver or power supply will try to patch up the missing parts of input voltage. In theory, LEDs should be fully dimmable, and normally they are – provided they are paired with a compatible driver.

However, widespread LED compatibility problems exist, and often supposedly dimmable LED driver designs only work with selective dimming control systems. These problems show up in a number of ways, including flickering, flashing, and dead travel.

For an LED lightbulb to work with a phase control dimmer, the electronics of its driver must be compatibly adapted.

Leading-edge dimmer switches are sometimes called ‘incandescent dimmers’, because they were originally designed to handle the resistive load of incandescent light. Existing dimmer switches tend to have high minimum loads and may require multiple LED lamps in order to even have a chance of working.

For an increased chance of compatibility, trailing-edge dimmer switches tend to work better with the capacitive load of an LED driver. The Varilight V-Pro LED Dimmer 1 x 300W is from the award-winning V-Pro range. It has an industry-wide reputation for delivering one of the best LED dimming performances available.

If you’re installing a dimmable LED circuit from scratch, it’s worth checking out the bulbs that you’re likely to use and then look for a list of tested dimmer switches. Most leading bulb manufacturers test their dimmable lamps with a variety of switches and publish lists of known compatible models.

Similarly, you can upgrade your existing dimmers and so avoid compatibility headaches. What’s more, such an investment is likely to extend the lifespan of the lamps you buy, giving you an added incentive.

Remember, also, that LED bulbs are more complex than incandescent, so sticking to the same model of bulb is advisable when you find a winning formula. Once you have everything working, the many benefits of LED dimming will become apparent and transform the lighting in your home! 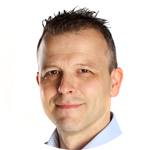 Andrew is an experienced buying professional who takes an entrepreneurial approach to identify new lighting solutions and ensure Lyco have first-to-market ranges for our customers. Having previously worked for well known brands such as Wickes, Carphone Warehouse and Toys R Us, Andrew has now turned his hand to sourcing commercial lighting and ensure our customers receive top brand quality products at marketing leading prices. He manages a team of commercial and decorative buyers who travel the world finding new products that our customers don’t even know they need yet.

With more of us working from home on a permanent basis even as the pandemic eases, it makes sense that we’re investing in our home office spaces. Particularly for those [...]

In most households, the kitchen is the centre of the home, and is used for much more than cooking and laundry. If there is a breakfast bar, a cosy kitchen [...]

Before you head to the hardware store to get supplies for a bedroom redesign, you need to think about the functions that you’re decorating needs to fulfil. Decorating an adult [...]